Jupiter is well-known for its unique beauty and characteristics. Besides being the biggest planet from our solar system, it harbors some amazing storms, The Great Red Spot, and more. Jupiter is also the guardian of our solar system, as it attracts most of the dangerous asteroids that pass through our cosmic vicinity. We should be extremely thankful for the existence of the gaseous giant because, without it, we may not be here at all.

One of NASA’s spacecraft is gathering data about the gaseous giant. Its name is Juno, and it now marks four years in orbit around Jupiter. With this occasion, it sent to Earth another bunch of images taken at the gas giant. 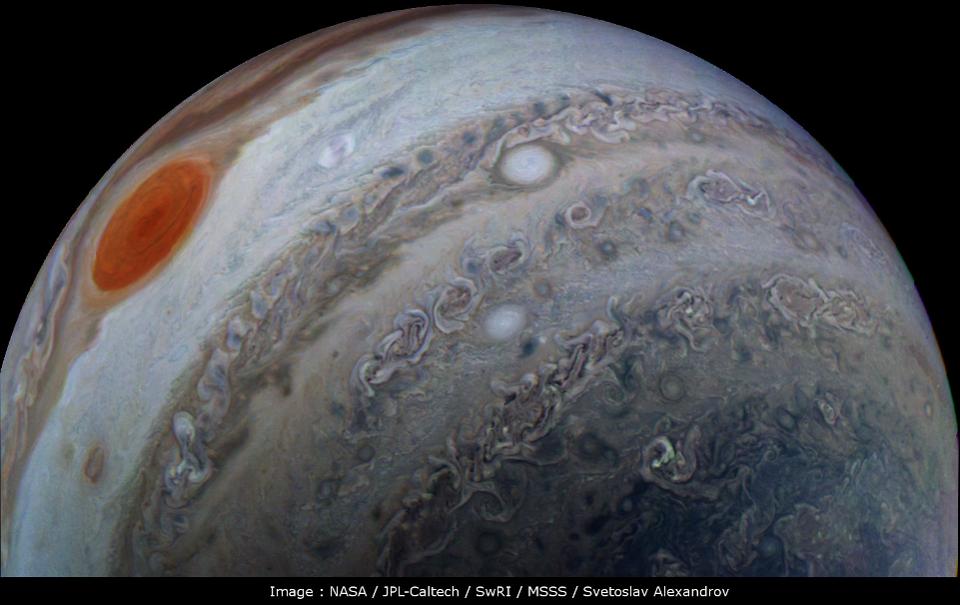 You can see on the left of the image above The Great Red Spot. This is an iconic phenomenon happening on Jupiter. The so-called ‘spot’ is a persistent high-pressure region in the atmosphere of the gas giant. It produces an anticyclonic storm, which is the largest in the Solar System.

You can see above the North Equatorial Belt north, as it was processed by scientist Emma Walimaki after using data provided by NASA’s Juno spacecraft during its recent perijove 27. 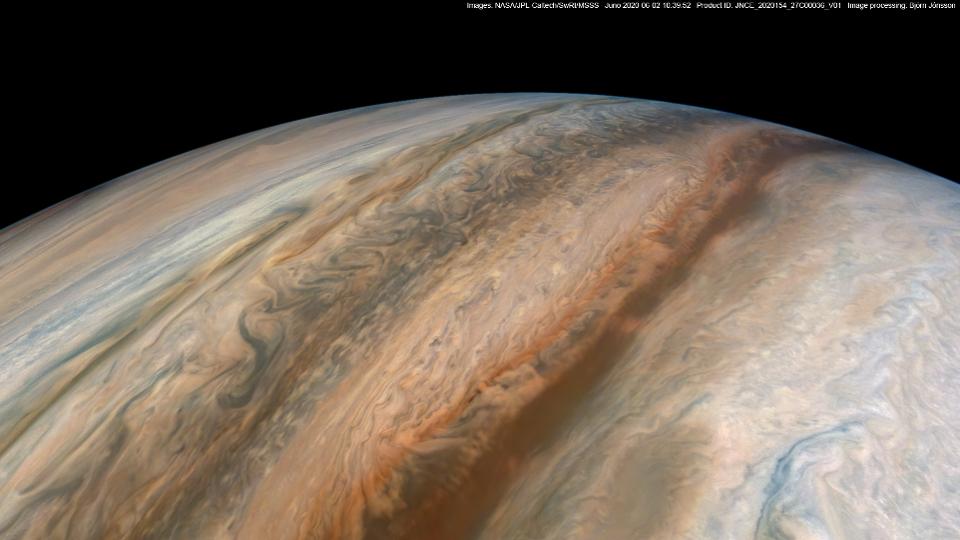 This is an image revealing the Jet S1 from Jupiter, and it was processed by the scientist Bjorn Johnson after being captured by the June spacecraft.

Behold the Jet N7, as it was processed by the scientist David Marriott after Juno initially spotted it.

Another beautiful image of Jupiter, as it was processed by scientists Kevin M. Gill.

We’re so lucky to feast our eyes upon these new images of Jupiter. The planet has been named after the Roman god Jupiter, and it has a mass of one-thousandth than the one of the Sun, but two-and-a-half times more than all of the other planets from the Solar System combined. Jupiter is among the brightest objects from the night sky that are visible to the naked eye.

COVID Lambda Variant Lands in the US

Amazon to Pay People Hurt by Others’ Products