Home News Which is The Most Violent Object from the Solar System? The Answer May Shock You

The Universe is thriving with enormous threats that can obliterate us in a split second, like black holes, quasars, pulsars, supernovas, planet collisions, star collisions, comets, and so on. But luckily for us, our planet Earth is located in a pretty peaceful region of the galaxy.

Nonetheless, you never know when an impending danger can occur, considering how outrageously big the Universe is. But perhaps it’s not necessary to think too big in this case. We should first find out which is the most violent object from our own Solar System.

The Pallas asteroid takes the cake

Surprisingly enough, the Pallas asteroid from the asteroid belt between Mars and Jupiter is considered the most violent object from our Solar System. It’s big enough to cause some significant global damage if it ever hits Earth: 318 miles (512 kilometers) in diameter. However, it’s not its size that makes it so ‘violent’, but the numerous craters scattered on it. There are at least 36 craters larger than 18 miles (30 kilometers). They are clearly hinting to a very violent past the giant asteroid had: 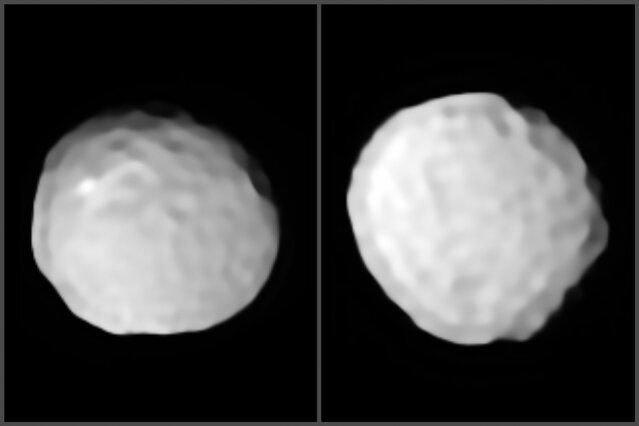 From these images, we can now say that Pallas is the most cratered object that we know of in the asteroid belt. It’s like discovering a new world,

The explanation for Pallas’s numerous craters is very simple: the asteroids from the asteroid belt are moving very fast, and sometimes their orbits become highly similar. Therefore, the asteroids can collide with each other, and that’s how the craters are forming.

Discovered over two centuries ago

Pallas has been discovered by the German astronomer Heinrich Wilhelm Matthäus Olbers in 1802. At that time, the astronomer thought that Pallas was actually a planet.

The images that are revealing the craters of Pallas had been captured using the SPHERE instrument at the European Southern Observatory’s Very Large Telescope in Chile.

COVID Lambda Variant Lands in the US

Amazon to Pay People Hurt by Others’ Products

COVID-19 Vaccines Still Work Even Without Side Effects